I’m very grateful to the many folks who e-mailed me with lots of helpful solutions, my favorite of which included an undercover offer to “take care of” Da Poss, but only if I kept this person’s identity a secret. Betcha didn’t know there’s a Poss Mafia around here, did you? 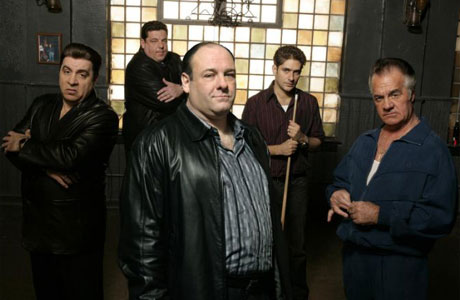 I’ve been on the look-out, believe me. Nothing. Not a single sighting. I’m trying to temper my riotous hope that Da Poss has met his maker, or at least as moved to a different county. Marc is irritatingly calm about Da Poss and his whereabouts. Of course, this is what happened the last time Marc went to capture the wildlife in our backyard: Marc went after him with a broom (!) and Chuckles went right between the legs and evaded being captured. Just watch:

Sorry about the cackle. I couldn’t contain myself.

So when Jamie from Texas posted that Marc should strap on his gun and take care of business, I’m sure you’ll understand why both he and I CHORTLED at the thought. I chortled longer than he did.

Even with the possibility that Da Poss has moved on, the kids and I are still a little skittish. Today when I walked outside to the recycling bin, Mitch called after me, “Mom, watch out for Da Poss!” That’s my boy. A healthy fear of rodents and vermin.

Thanks for all your support, friends. There’s nothing like facing threats to one’s wellbeing with a solid group of supporters standing by, ready to shoot. I mean, help.

Thanks, too, for heading to stores and online to buy Operation Bonnet. I’ve received lots of fantastic photos from folks all over the country, showing the book on shelves in Barnes and Noble, indies, Wal-Mart and Sam’s Club. The first two months of a book’s life are critical, and the healthier the sales initially, the better. So thank you, thank you, dear readers, for buying and blabbing about it to anyone who will listen.

To that end, I have to apologize if you’ve encountered either of my parents in the last few weeks. They are dogged in their publicity for this book. It’s fantastic and also a bit scary. Today my mom told me she bought all the copies at Wal-Mart. Um, thanks, Mom, but we want people outside the blood relation to find the book, too, okay? She seemed unimpressed with my logic. My dad was in the background, fully irritated that he went to buy more copies of Operation Bonnet and Barnes & Noble didn’t have the TEN he needed.

I love them. It is such a sweet gift to have parents who believe their daughter is so much more amazing than she is.

Of course, I haven’t told them I’m going to start packing heat for backyard defense. I hope they’ll understand.