Might be time for a little geography lesson around here. In the space of one 24-hour period, my three-year-old son, Mitch, who lives in Iowa, spoke the following:

1.     Upon arriving at the pool on a sweltering afternoon: “Oh, shoot. I wanted to go to Chicago.” We live six hours by car from My Kind of Town. I told him that, alas, we were only able to accomplish one errand a day when the heat index was over 100 degrees. This seemed to placate him for the time being.

2.     When asked to make a stop at our potty before venturing out as it’s easier to find our potty than one in the greater world, he looked suddenly mournful and said, “It’s very, very hard to find potties in New York.” To my knowledge, he’s never been there. Seemed to have quite the pulse on the situation, however.

[Perhaps it’s the heat causing all this confusion. Ever visited a rainforest? Throw in a few cornfields and angry, sunburned people, and you have a good visual of Iowa this week.]

At any rate, all this talk about geography reminds me of you, dear readers. There you are, all over the everywhere, and I think it’s about time to send free stuff to YOUR zip code. So here’s a little sumpin, in case you’re in search of a summer read: 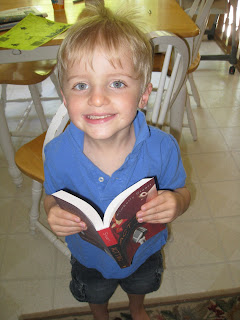 A cute, pocketbook-sized copy of Act Two (child not included) and…. 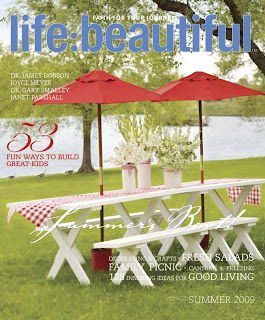 …the summer issue of Life:Beautiful magazine. Have you seen this? Click here to go to their site, but I’m telling you, it’s a lovely magazine. Kind of a Martha Stewart Living for the woman of faith. The photos alone are worth the price of admission, but some writer named Kimberly Stuart also has an article in this issue.

Just take one tiny second and e-mail me no later than JULY 4, 2009, at kimberly@kimberlystuart.com and I’ll enter your name into the drawing. Two winners will be drawn, using a highly scientific process involving my three-year-old and a sombrero.

In the meantime, please look for me and Mitch the next time you’re in Chicago hunting down a New York-style potty next to the Tropical Sno. We’ll be the ones in sombreros.

6 thoughts on “Give It Away Now”