Act Two is the story of a diva. I’ve known some divas in my day. I hope to Jesus that I never was one, but I did go through junior high, so odds aren’t in my favor. During my first couple years of college, I majored in music, and let me assure you, music divas are their own breed. Vocal music majors, along with trumpet players, rise to the top. I was a soprano, so that’s an issue. And I was surrounded by other musicians. We’re talking people who wore scarves in the mid nineties, which is a full fifteen years before anyone else was wearing them. Not to be fashion-forward, mind you, but to protect their vocal chords from the elements, like air and cold temperatures and people. You know the sleeves pro ballers wear, to keep their arms warm during the game? Hogwash, right? Well, we vocalists know all about hogwash. 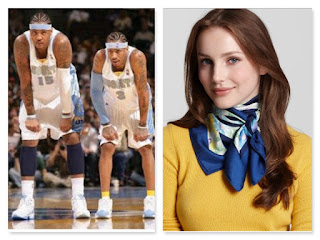 So here’s the inside scoop on Act Two, the story of Sadie the opera queen who gets stuck on a pig farm in Iowa and Mac, the man who knows how to handle a diva.
*I’ve received many, many emails over the years asking if Mac has a brother. Or if Mac himself is available. Apparently Mac is a heartthrob! And I love it because I think he’s dreamy too. To that end, there are lots of dreamy Midwestern farm boys out there, ones who treat girls like ladies and work hard and still go to church on Sundays. There are also some that are total doofs, but I’d say the dreamboats outnumber the doofs. So inspiration for Mac came easy living where I live and if you’re still in the market, you might consider heading this way. We run a lovely state fair each August.
*During the writing of this book, I went to New York with my mom and sister to do some recon. I wandered neighborhoods in the Upper West Side, taking photos of the spot where Sadie would like to live. We spent time in Central Park, went to Wicked for the first time, ate in a raw vegan restaurant that had fantastic food which Mac and Cal would have hated. And we saw lots of Jaynes in Time Square, bedecked with fanny packs and open mouths. Linds, Mom and I tried to look less Jayne-ish, which surely was a fail. But good gracious, did we have fun. 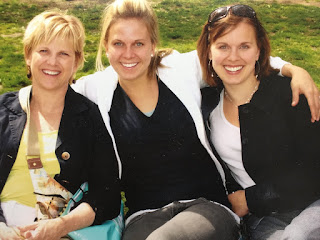 *Moravia College is loosely based on my alma mater, St. Olaf College in Northfield, Minnesota. None of the characters holds a direct comparison, however, since everyone at Olaf is brilliant, kind, unselfish while wearing a fetching Norwegian sweater.
*The new edition of Act Two has a fantastic cover. I love it. But I will also miss the pig rump. It’s a great pig rump.
Get the pig rump while the pig rump is to be gotten. CLICK HERE TO BUY Act Two and any other Kim Stuart title for ONLY FIVE DOLLARS.
Tomorrow: Inside scoop on Stretch Marks.

3 thoughts on “Inside Scoop: Act Two”