Let’s be honest: when you write a novel about a Christian lingerie pyramid scheme, you should expect some pushback. After all, those poor publishers! They’d just found out Christians had sex, and now this! Cute clothes to wear and that even ENCOURAGE the having of the sex!
Do you see why it’s always been touch-and-go between me and the pubs? 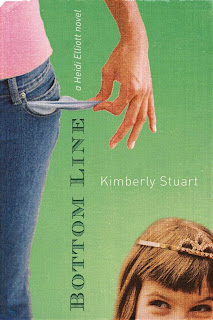 Bottom Line is the second in the Heidi Elliott series, and it follows Heidi as she dips her toe into the waters of direct sales. Here’s a bit of inside scoop on the story and the writing of BL:
*I wrote this entire novel on an ancient laptop while sitting in an armchair on the second floor of the West Des Moines Public Library. My spot overlooked the pond next to the library and I learned more during those six or seven months than I care to about the daily habits of Canadian geese. There is no plaque on the armchair that commemorates this process, but I’m thinking about getting one and hot-glue-gunning it to one of the legs when a librarian isn’t looking. (GOOD LUCK TO ME. Those librarians are hawks.)
*The idea for a pyramid scheme involving Christian lingerie came out of a particularly raucous phone conversation between me and my best friend, Betsy. I remember  sitting outside a restaurant, late for a lunch date but unwilling to stop talking to Bets. I’m pretty sure she was the one who said it first as she is ever the smarter and wittier of the two of us, and when we couldn’t stop snort-laughing, I knew we were onto something.
*My husband, Marc, is Jake Elliott. I mean, there are differences, but let’s just say Marc also obsesses over great travel deals that are utterly impossible. “Forty-five dollars on a puddle jumper to Bahrain, leaves tonight, no luggage allowed. Let’s DO this!” Ahem. You’ll find me watching the geese in my plaqued-up library chair.
*Marc is the one who makes a killer chocolate lava cake in this house. The recipe in the book is his. And yes, I am the winner in this scenario. 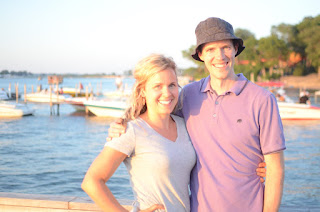 *I don’t journal because I’m selfish and pretty tired, but I DO write books. So this book is kind of like a journal of my eldest daughter’s preschool years. When I read the scenes of Nora and her princess obsession and her time-outs and the way she forces Heidi to speak in a Russian accent and answer to the name Olga…well, let’s just say the truth is not any stranger than the fiction in this case.
Click on over here to buy Bottom Line. Heck, while you’re at it, buy all five Kim Stuart books! They are on wicked sale, and time’s running out for a first edition!
Tomorrow: Inside Scoop on Act Two.

2 thoughts on “Inside Scoop: Bottom Line”