Can we get an amen and huzzah and nice-bloody-work for this woman? 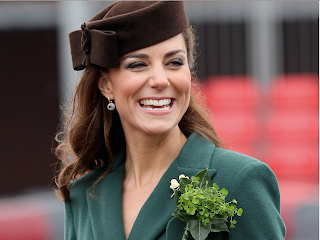 Photo Credits
Not only did Kate Middleton-come-Duchess-of-Cambridge become pregnant while the whole world speculated on her ovarian activity, and then carry that pregnancy past her due date while the whole world stalked her, she then birthed the child and had to appear on the steps of the hospital FEWER THAN 24 HOURS LATER. 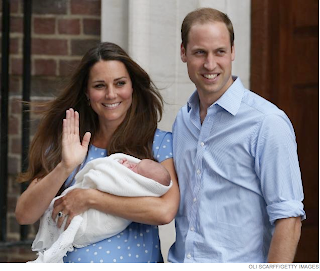 I would like a moment of silence.
Plus, she has shiny hair and a pleasant smile, two things that were noticeably absent from my appearance in the first years days after birthing. And how about the pooch?!? 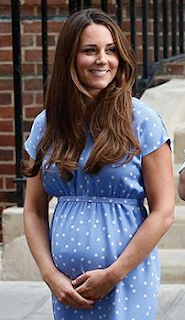 Photo credits.
I wanted to break into “God Save The Queen” when I saw this, or at least a Beatles medley. Such courage! Such grace! Such a normal, postpartum pooch! Praise God for this woman!
If only she’d been around as a beacon of light to me in my own postpartum moments. After Ana, in particular, the truth came heavy (ahem) and hard. I remember humming as I packed my hospital bag. First, please note I PACKED a hospital bag. As opposed to the second and third times around when I threw a pair of underwear into the front seat and shrieked at Marc, “HOW DO WE DO THIS AGAIN?!?” Somewhere we have a photo of Marc getting ready for Mitchell’s husband-coached, natural method child birth. I promise that in said photo, Marc is reading the coaching guide IN THE BIRTHING SUITE. We are overachievers.
K. So I hummed as I packed my hospital bag for Ana, so chipper that in a matter of days, I would again fit my svelte and newly un-pregnant bod into a cute pair of jeans that had fit baggy and loose before becoming pregnant.
My last day in the hospital, I could fit one calf into the jeans and I nearly had to resort to using Marc’s Swiss army knife to force my sausage-calf into that little hole, DANG IT. So I applaud with joy Kate’s unwillingness to force her body into Spanx and instead to even display to the entire world what a real woman’s body looks like after giving birth.
Bless her pea-picking, honest, British heart. May Prince George Alexander Louis sleep through the night before the summer is over, and may he be very clever with letters by kindergarten as writing that name will pack one royal punch. 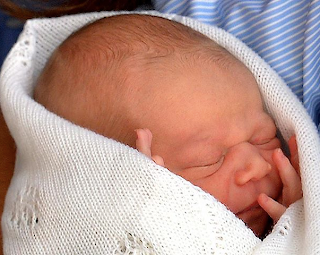 Photo via Reuters
Did anyone else have trouble fitting into the hospital outfit? Or were you all much wiser than I and went home in the maternity clothes you wanted to burn? Smarties, all of you.

11 thoughts on “Three Cheers for the Cambridge Mama!”